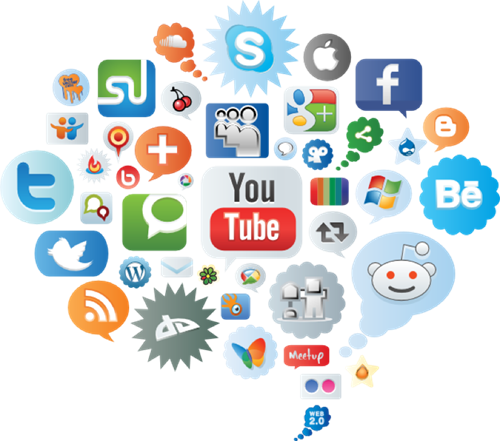 It seems that after decades of organized terrorism taking place all over the world, claiming the lives of many through bombings, airplane hijacks, hostages and other terror-related events, the measures taken to handle such attacks is now being dealt with more effectively. There are a few things terrorists take into consideration before carrying out a large-scale attack; they consider how many people will be present, the infrastructure, funding, and overall preparation.

With the help of Intelligence systems and physical security measures, governments all over the world are monitoring terror cells, and are managing to stop attacks before they occur, or at least make them very hard to execute. Needless to say, unfortunately, we are still witnessing a plethora of attacks, but fewer than before.

Some of the most violent attacks in recent years were not by the hand of an organized group, but by private individuals, or what is more known as “Lone Wolf Attacks”. Take the most recent- “London Bridge Attack” for example, where two young adults were stabbed in their chest, resulting in both of their deaths.  According to reports, the terrorist responsible was a convicted terrorist who was found guilty of an offence contrary to Section 5 of the Terrorism Act 2006 – engaging in conduct in preparation for terrorist acts. He was convicted on October 7, 2011 and released from Woodhill Prison on December 24, 2018. He was subject to a counter terrorism notification order.

The reasons for terrorists to carry out their heinous acts may vary; religious fundamentalism, racism, political agenda, or pure menace all play a role. Many people die, and the fear-effect is similar to organized terror. Besides the loss of innocent lives, the economic effects are huge, and the impact on society and the spreading of hate should also be taken into consideration. These attacks are hard to stop in their tracks as they happen in public places with everyday items such as knives, car rampage, and so on.  Sometimes it happens in the spur of the moment without meticulous planning involved, which then makes it more difficult to be traced and prevented.

It is quite common to read on social media about an attack moments after it takes place. Many articles, posts, blogs, and so on, express how there were clear signs that an attack was going to occur. Intelligence agencies as well as private security in public facilities, are beginning to understand that monitoring social activity on the web with the help of OSINT (Open Source Intelligence) can be a vital tool in identifying threats.

Investments in the OSINT market are growing since this is an essential way to learn about potential attacks and attackers.  OSINT provides much more than just identifying attackers. It opens the world up to the agendas and ideologies behind the potential attackers and is a great Intelligence source for threat analysis. Furthermore, OSINT for cyber-attacks (threat Intelligence) is also important and is one of the fastest growing segments in the private sector; companies want to know if their credentials are out there on the web for sale, or if someone is planning an attack on an organization.

OSINT main Use Cases in the OSINT Market 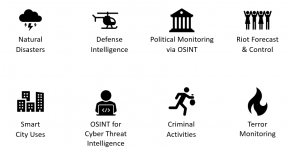