Top
HSRCBlog What impact did the recent Drone attack have on Saudi Arabia’s oil production, and what does this mean for the Counter-Drone market? 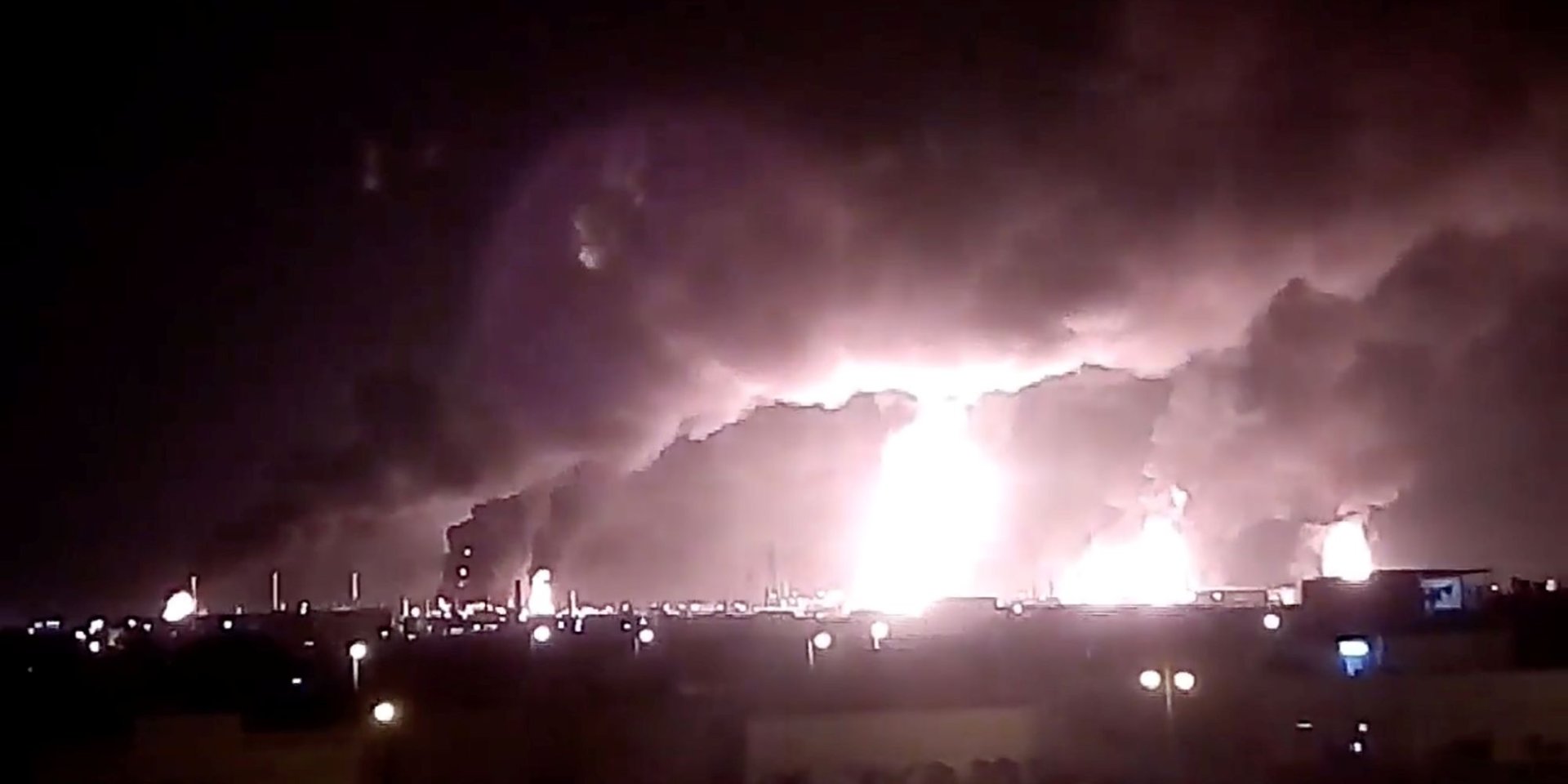 What impact did the recent Drone attack have on Saudi Arabia’s oil production, and what does this mean for the Counter-Drone market?

On Saturday (Sept. 14th, 2019), two major Saudi oil refineries were set ablaze that was caused by a drone strike, cutting Saudi Arabia’s oil production in half.

Although Yemen’s Houthi rebel group claimed responsibility for the attack, US Secretary of State Mike Pompeo stated that Iran is in fact responsible, saying that there was no evidence the drones were launched in Yemen, accusing Iran of “an unprecedented attack on the world’s energy supply”. However, Iran officials responded to the US accusations by denying any attacks, stating that US military assets in the region were within range of its missiles.

Earlier this morning, Trump hinted towards an American military response to the attack in a tweet: “Saudi Arabia oil supply was attacked. There is reason to believe that we know the culprit, are locked and loaded depending on verification, but are waiting to hear from the Kingdom as to who they believe was the cause of this attack, and under what terms we would proceed!”

The US government produced satellite photos, which show impacts from the attack coming from the direction of Iran or Iraq, and not from Yemen to the South. US Officials documented 19 points of impact at two Saudi energy facilities, which included damage at the center of the kingdom’s crucial oil processing plant in Abqaiq. Iraq denied all claims of being involved in the attack, stating that its territory was used for an attack on the kingdom. US officials said a strike from there would be a violation of Iraq’s sovereignty. 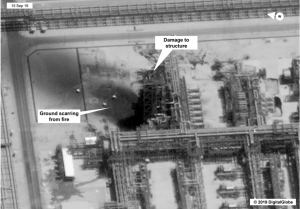 The use of commercial drones by non-state actors in the Middle East is not a new phenomenon; Libyan rebels spent more than $100,000 buying a drone in 2011 and Hezbollah has been operating Iranian-built drones against Israel for years. However, these have been mainly military-grade models and thus more sophisticated. The landscape started to shift in 2014 when terror groups, such as ISIS, began using cheap commercial drones in Syria and Iraq for military/terror purposes.

According to Homeland Security Research Corporation’s (HSRC) Anti-Drone Market & Technologies – 2019-2023 report, governments worldwide are running projects and establishing counter-drone units aimed at developing next generation counter-drone capabilities. Anti-drone systems rely on a variety of techniques and technologies for detecting, tracking and/or intercepting drones. The systems can be ground-based, hand-held or UAV-based. Each platform has technological capabilities to either track & detect or intercept (countermeasure) a drone or have both options. Furthermore, each platform can be based on a different kind of technology to perform the task in hand, for example, radar, RF, IR, etc.

For years now rebels have been targeting Saudi Arabia’s oilfields and pipelines, but never on such a scale as this most recent attack. Analysts have warned that global supplies of oil are likely to suffer a major setback following this attack.

Saudi Arabia’s oilfields and pipelines have been targeted by rebels over the past year but never on such a scale and causing such disruption. The sate-owned oil company Saudi Aramco said that these attacks will cut output by 5.7 barrels a day, which is more than 5% of global crude supply.

What Makes a Safe City, “Safe”?

How can we prevent the potential magnitude of future terror attacks, and what role would a “Safe City” play in all of this?