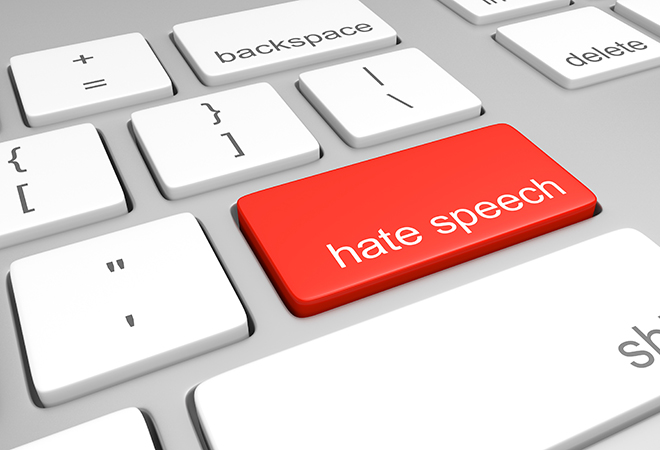 It is no secret that Germany has been experiencing a major increase in far-right extremist violence. Take a look at the most recent attacks, for instance:

Due to the rise in such hate crimes, Chancellor Angela Merkel’s Government has been under immense pressure to take action. The German cabinet approved new measures on Wednesday (Oct. 30, 2019) to combat right-wing political violence. These new measures should provide intelligence and law enforcement services with more power to combat threat. Some of the measures include tightening rules on gun ownership and stricter monitoring of online hate-speech and incitement.

Germany’s Interior and Justice Ministries have been debating the new bill for over a year now, but due to these most recent events that have both been associated with far-right extremist violence, the German government was pressured to approve the new law much earlier than expected.

German Interior Minister Horst Seehofer of the conservative CSU – a sister party of Merkel’s CDU — said on Wednesday that in the wake of the terrorist attack in Halle, it was important that the “government’s words were followed by actions.”

Justice Minister Christine Lambrecht of the Social Democratic Party (SPD) said the German government “is confronting right-wing extremism and anti-Semitism by all means enabled by of the rule of law.” She also added, “What the disinhibition and unleashing of hatred in the net can lead to was shown again in the terrible attack on the Jewish community in Halle.”

Germany’s domestic intelligence agency will now be able to take a more diligent approach towards the monitorization and prosecution of online hate.

The new Security measures include:

According to Homeland Security Research Corporation’s market report- OSINT Market & Technologies – 2019-2022, Open Source Intelligence (OSINT) opens the door for dozens of government agencies and organizations to become part of the Intelligence market. The proliferation of data and the ease of access to sources are the main drivers in this fast-growing Intelligence Market.

According to HSRC’s report, the global OSINT market was driven mostly by governmental intelligence agencies, police and law enforcement agencies, and defense-related organizations. The fastest-growing market vertical is OSINT used by cybersecurity agencies, primarily for threat intelligence purposes. In 2018, this segment represented 17.4% of the global market, and is estimated to only grow. In terms of market use, OSINT for terror monitoring represented the largest category by purpose of use, as more and more countries face terror threats due to terrorist groups or menacing individuals.

The Jewish community is in favor of the new measures, yet still feels hesitant about the government’s plans to focus on right-wing Anti-Semitism; according to the Jewish community in Germany, this will not end violence against Jews in a country whose regime was governed under Nazi Germany.

According to the German Government, about 90 percent of the 1,800 incidents recorded against Jews last year were committed by individuals expressing far-right views. On Tuesday (Oct. 29, 2019), just one day before Germany approved the new security measures, a 70-year-old Jewish man was beaten on a street in Berlin in an apparent anti-Semitic attack. According to police, the victim was being verbally attacked by a man, which eventually resulted in the man physically assaulting the Jewish man.

Berlin Mayor Michael Muller condemned the recent series of attacks with Germany, saying “events that in our city, in the face of our history, just should not happen, and must [never] become normal.”

Head of the home affairs committee in the Bundestag lower house, Andrea Lindholz, said right-wing extremism and Islamist terrorism are some of the major security threats that Germany is facing. “The main challenge is the fight against the boundless hate on the internet. The internet should not remain in a legal vacuum,” said Lindholz.

Two years have passed since Germany had introduced laws that would fine up to 50 million euros for any social media site that would fail to remove any hate messages in a swift manner. These new laws put immense pressure on Facebook, resulting in the social media site to delete thousands of posts deemed as hate speech. With the most recent security measures now in place, Germany hopes to see more positive results in regard to the country’s safety.

According to Germany’s domestic intelligence agency, there are over 24,000 right-wing extremists in Germany, and the agency estimates that about half of them could be potentially violent.

Many have since voiced their doubts about the effectiveness of the new measures, including Benjamin Strasser of the Free Democratic Party (FDP). “Obligating sites to disclose information will not effectively combat hate crime,” explained Strasser.

In the interim, Germany’s Data Protection Commission will monitor the developments closely as these recent proposals move toward becoming law.

Commission Spokesperson Dirk Hensel expressed his views on the matter, saying, “At this point it’s too early to say whether this is good or bad, but there will certainly be questions to be asked regarding the ethics of private companies deeming what counts as a conspicuous post on social media.”