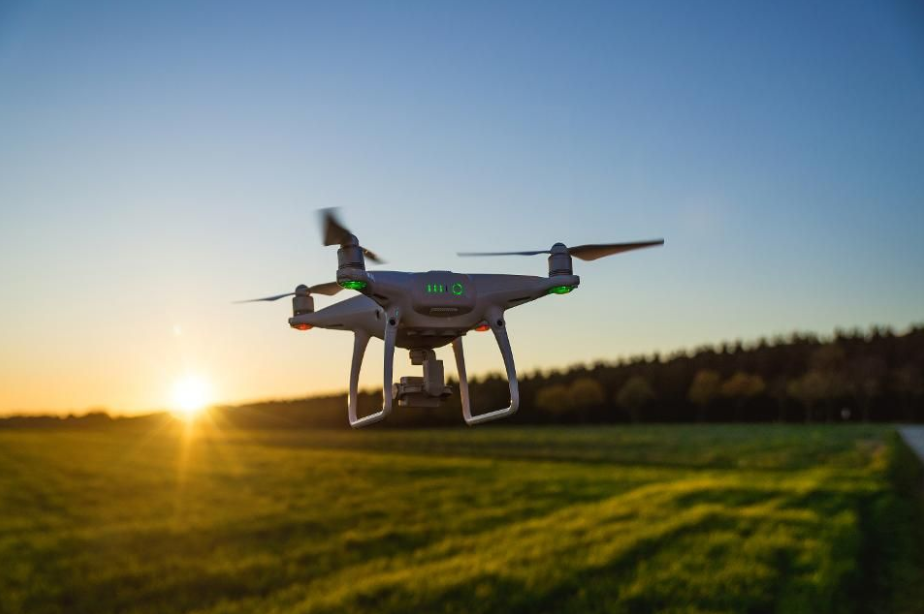 The Counter drone market is hot, and everyone seems to be talking about it. This is exactly why we should all be asking ourselves how exactly it’s impacting the market and the companies involved in terms of revenue.

At Homeland Security Research Corp. (HSRC) we monitor the activities of dozens of companies. When it comes to the HLS and Public Safety market in general, it is quite rare to find a public company that only has one product line; the actual numbers are just out there. Take the Australian company called DroneShield for example. This company started out in the early days of the counter-drone market and is only now witnessing the market’s true growth and maturity. Don’t pop the corks on the champagne just yet, but needless to say, it is growing.

DroneShield provides protection against drones threatening safety, security and privacy. They are indeed an interesting company to look out for since they have several collaborations with big Defense companies (Thales) and civilian market companies (Bosch, Zain, etc.). They operate in several global locations and can be regarded as a microcosm of the counter-drone market.

So, how are they doing in terms of numbers?

In 2016 and 2017, DroneShield had a few initial orders that did not exceed $0.5M AUD, and as mentioned in HSRC’s counter-drone report, the market did not really exist 2 years ago. In 2018 however, the company’s revenue reached $1.25M AUD. Although this may not seem very impressive, the company’s figures are reflecting rapid growth.

Indeed, when looking at revenue, there has been a similar pattern in terms of growth in the first nine months of 2019. During these months, DroneShield revenues stood at over $2.4M AUD ($1.64 M USD), already doubling their revenue from 2018. The company recently revealed that it is now competing in bids 10 times greater than its existing activity, and that is where this market is heading. From small trials to initial acquisitions, DroneShield is participating in largescale projects and deals. 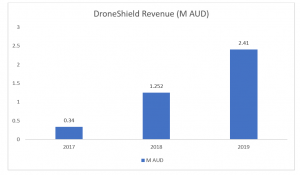 After taking a closer look at DroneShield, it appears that the counter-drone market is graduating from the development and trial phase. The movement is still slow, and most transactions come from the defense market, which is only now trying to understand how and where to use it. Other segments, such as critical infrastructure and airports are in the beginning of the adoption phase, and there is still a lot of the “unknown”, but the potential is there. The Iranian drone-attack on the Saudi Oil facilities that occurred two months ago demonstrates the threat and loss of money from such an attack but does accelerate the market. (*Side note: DroneShield operates in Saudi Arabia and partnered with Saudi Arabia’s largest telecom company back in March.) Similar events that will surely happen in the future that jam airports, or actual terror attacks, to name a few examples, will increase the rate of counter- drone implementation. 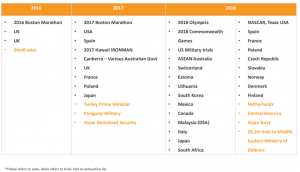 So why isn’t DroneSheild stock increasing?

DroneShield is still considered a small company (having only a few dozen employees) who competes against giants in its field. Furthermore, while the US market is the biggest and most lucrative, its presence in the US is limited. At this point in time, it’s hard to say who is here for the long haul and who will eventually disappear in this market. However, as can be seen through the eyes of one small company, the potential is there, and more growth is coming.

Want to know more about other segments in this market such as prisons, stadiums, airports, or event security? Interested in discovering which companies operate in this growing field? Wish to learn about market size and forecast? Contact us at info@homelandsecurityresearch.com to receive more information on our counter-drone report, or to learn more about our customized research services.