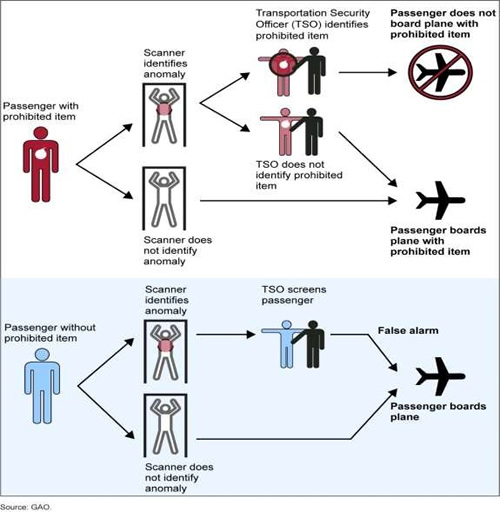 The principle behind this application is that objects mounted on or in close proximity to a body would backscatter a different number of X-ray particles than the uniform scatter of soft human body tissue.

During the screening procedure, a low intensity, pencil-thin, X-ray .beam traverses across the subject’s body. At every given instant the scattered particles are detected by a set of scintillation detectors. 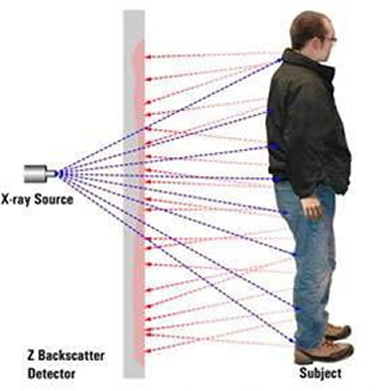 The electrical signals of the detectors are processed by image-forming electronics and software to form the “backscatter image”. Image manipulation, like contrast enhancement, zoom, archiving, and display are provided by a PC- based workstation.

Due to its low energy and the drive to reduce the ionization radiation inflicted on the test subject to an absolute minimum, backscatter imaging loses its effectiveness in the distal part of the body (distal from the X-ray source) due to absorption. Thus, to scan a single person, it is necessary to take two images: frontal and posterior.

Note that the backscatter image delineates at a reasonable resolution all objects “mounted” on the body. Clothing is transparent to the radiation and is barely noticeable in the backscatter image. Thus, weapons whether metallic or non- metallic, suicide terrorist explosive belts or any other objects are displayed on the subject’s image.